The man behind the mask; Alan Toof receives award for 30 years of umpiring

Rushville All-School Reunion to host many events; including fireworks on July 3

After 37 years, Benben will step back from coaching

After 35 years with GRPS, Peg Kuester set for retirement 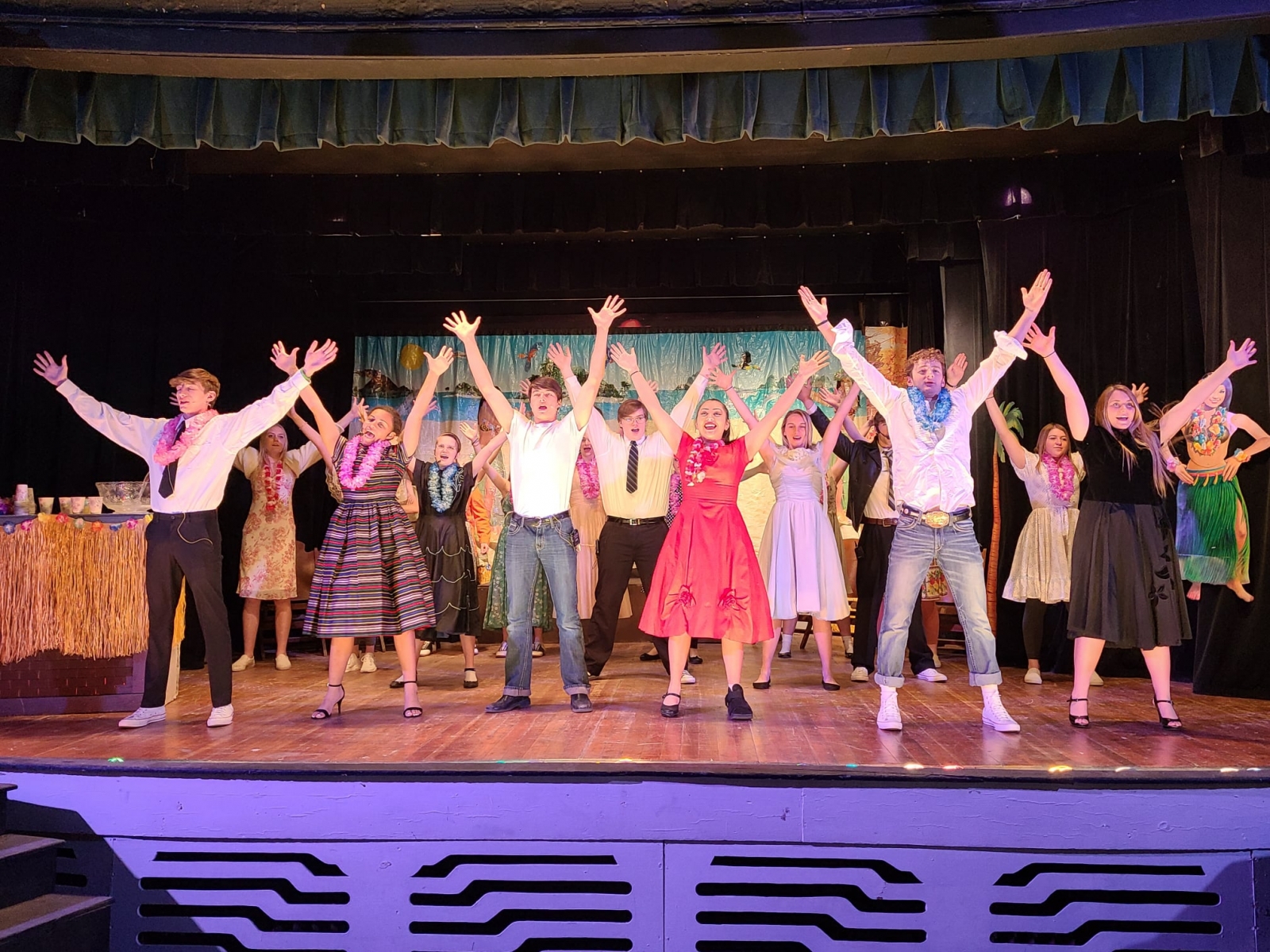 The Gordon-Rushville Theater Department will perform the production of “Grease” this upcoming Friday, Saturday, and Sunday.

All four performances will take place at the Historic Plains Theatre in Rushville, Neb. The first performance will be on Friday, April 30 at 7 p.m. That will be followed by two performances on Saturday , May 1 at 2 & 7 p.m. The finale will be a matinee performance on Sunday, May 2 at 2 p.m.

The general public is welcomed and encouraged to come out and support the students at any of the performances.

Director Ryan Lovell, the cast, and the crew have been putting in a lot of hours getting everything prepared for the upcoming nights.

Seniors Bree Lovell and Elijah Jackson will fulfill the roles of Danny and Sandy as the leads of the production.

The pair have plenty of experience and history on the stage. Their sophomore years they were the leads in the “Mamma Mia” production which has lead to great stage chemistry.

Juniors Logan Daringer, P.J. Lynch, and Jacob Wellnitz along with sophomore Donovan Fillmore will portray the rest of the T-Birds.

Alongside Lovell, seniors Kee Lovell and Jayla Brehmer, junior Madie Petersen, and freshman Crimsum Hotz will be the Pink Ladies.

When asked what the audience can expect to experience at the play, Director Lovell takes a bit of different approach to the question.

“What you can’t expect is that the stage musical is exactly like the movie. It isn’t. There are a lot of the same songs, but the path the movie takes in comparison to the stage production is different.”

“You will hear a lot of the same tunes, but the storyline of the Broadway musical takes a little different course than the movie does,” said Lovell.

One thing that is for sure, you can expect the same quality performance that is always put on by the Mustangs. And most of that is a direct result of the hard work and long hours put in by the cast and crew.

“They have been working very hard this year, under very different circumstances, to put on a great production for the communities,” added Lovell.

A newcomer to the cast that might surprise the audience in senior Daniel Daringer. Daringer is playing the role of Johnny Casino in the production.

“Daniel is not exactly a guy who wants to be in front of a crowd, but he has really done great job playing the character up to it’s fullest potential,” said Lovell.

You have four performances to choose from Sheridan County, get out and fill those seats for these students. You will not be disappointed.