The Uke makes its grand entrance in the GES Music Room

From Chicago to Gordon; Dr. Justin Young is ready to get back to his roots 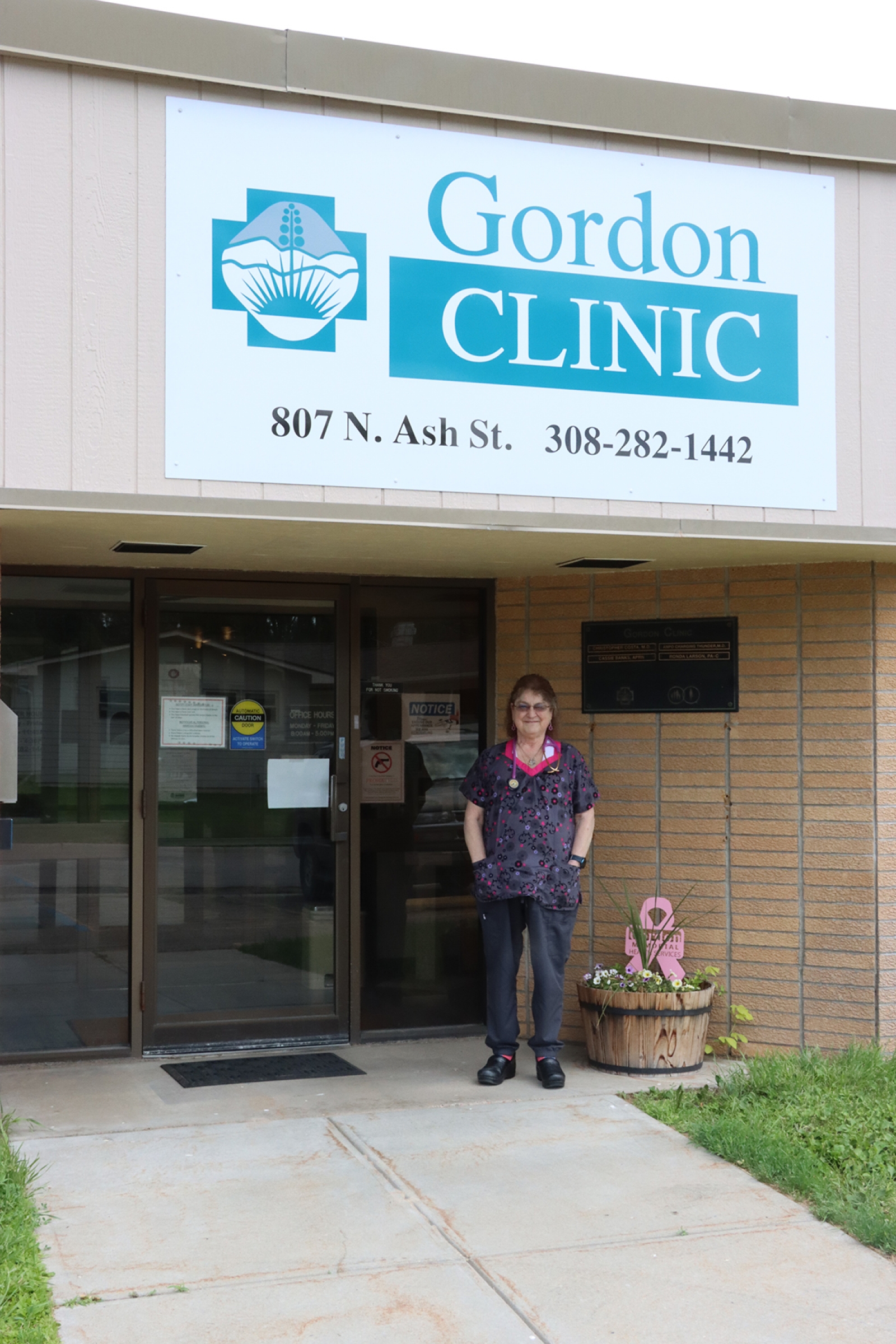 After 28 years at Gordon Memorial Hospital and Clinic, Physicians Assistant Ronda Larson is set for a well-deserved retirement.

Larson began her foray into the healthcare industry when she enrolled in Nursing School 51 years ago. She graduated as a Registered Nurse in 1973 and began working in Omaha and then Alliance as an RN.

In 1991, Larson headed back to school at Chadron State College (CSC) and enrolled in the Rural Health Outreach Program (RHOP) and began a new path to becoming a Physicians Assistant.

She finished up her schooling in 1994 and then came to Gordon that March.

And it did not take long for Larson to realize she ended up in the right place.

“I loved it here and I really could not think of going anywhere else after my first three years here,” said Larson.

A bevy of professionals have been a pleasure for Larson to work with over the years.

She notes that Dr. Joel Hutchins was a major influence on her and also that Dr. Anpo Charging Thunder has been a mentor for a lot of years.

“I could not ask for better people to work under,” said Larson about her colleagues.

“I have had all really good experiences as far as people who I can depend on who have helped me to grow,” she added.

Larson, and her  late husband Jerry, have had a major impact on Sheridan County.

Larson’s hiring in 1994 allowed GMH to open the Rushville Clinic and provide services at a secondary sight.

Ronda’s late husband Jerry Larson, who passed away three years ago, was a retired Fire Marshall and Paramedic Captain for the Omaha Fire Department. He was instrumental in the beginning the ambulance service here in Gordon upon his retirement from his other positions.

51 years in the healthcare profession is quite impressive and Larson notes the reason for her longevity.

“I just like taking care of people, that’s my whole thing,” said Larson.

“I have really enjoyed taking care of people in this community,’ she added.

When asked about what has changed the most during her time in the profession, Larson states it has been technology.

She states that technology has advanced healthcare in leaps and bounds but it also has taken out a bit of the personal aspect of caring for patients. She is hopeful that more of that compassion can return to healthcare in the future.

As far as retirement plans, Larson is going to keep things simple.

She states that she has no plans to do much traveling but will focus on more low stress activities.

“I do a lot of puzzles, knitting, crocheting, and quilting. I also have a lot of crafts that I have put off for the last ten years I will complete,” says Larson.

It will be a cook-out and will take place on the north side of the Gordon Clinic. There will be grills fired up and the meal is free to the public.

Everyone is encouraged to stop on by and say thanks to Larson.

“The community of Gordon was very welcoming when I arrived and I have just loved it here,” said Larson.

More in this category: « “What a Ride” set for Sheridan County Fair & Rodeo 2022 Goosehead Insurance and Ryan Alcorn are ready to fulfill your insurance needs »