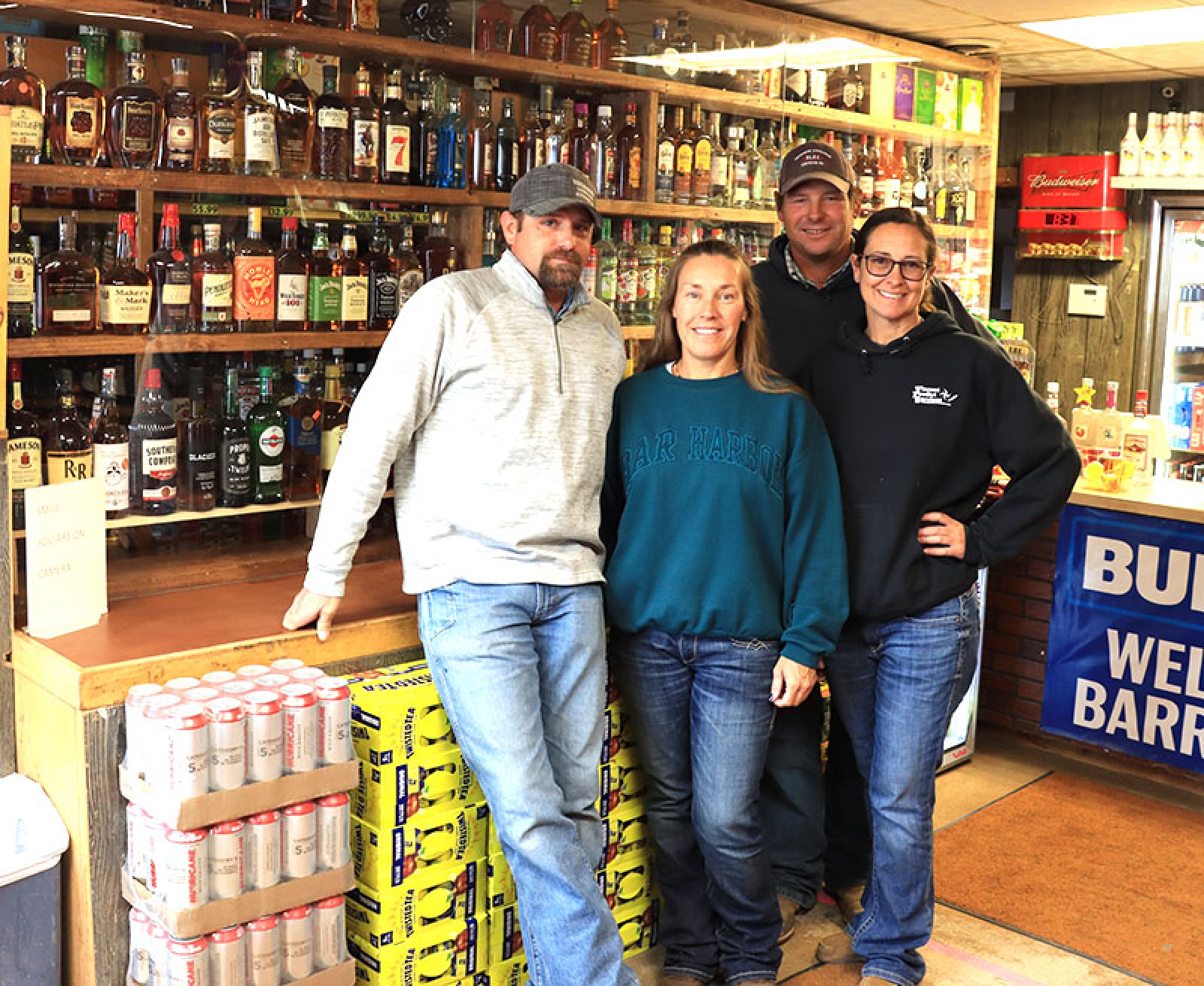 For the past 22 years, Mick and Mary Tiensvold welcomed in customers to the Barrel House in Rushville. But the couple has decided to move to another chapter and new ownership has taken over.

The new owners may be new to Barrel House but are familiar faces around Rushville and Sheridan County.

Court and Traci Feddersen along with Clint Vincent and Emilee Hinn have purchased the business along the highway in Rushville and have jumped in with both feet.

The four owners expressed they are not interested in changing much with the business and want to keep things going the same direction.

“We have added a new display shelf and re-organized the inventory,” said Traci Feddersen.

“But everything is essentially going to remain the same including business hours, employees, and inventory,” she added.

Beyond just the regular day to day operations, the new owners of the Barrel House want to be a positive force in Rushville.

“Rushville is where each of us grew up and we want to keep Rushville alive and thriving,” said Traci Feddersen.

“We hope to achieve that by being a being a contributor to other local businesses and also the schools,” she added.

Feddersen also notes that the best way to keep up to date with the latest happenings at the business is through their Facebook page.

So, the next time you swing through Rushville, drop by the Barrel House and say hello to some familiar but new faces who hope to have a positive impact on Rushville.

More in this category: « The Uke makes its grand entrance in the GES Music Room GMH’s Rushville Clinic moves to new location along Highway 20 »