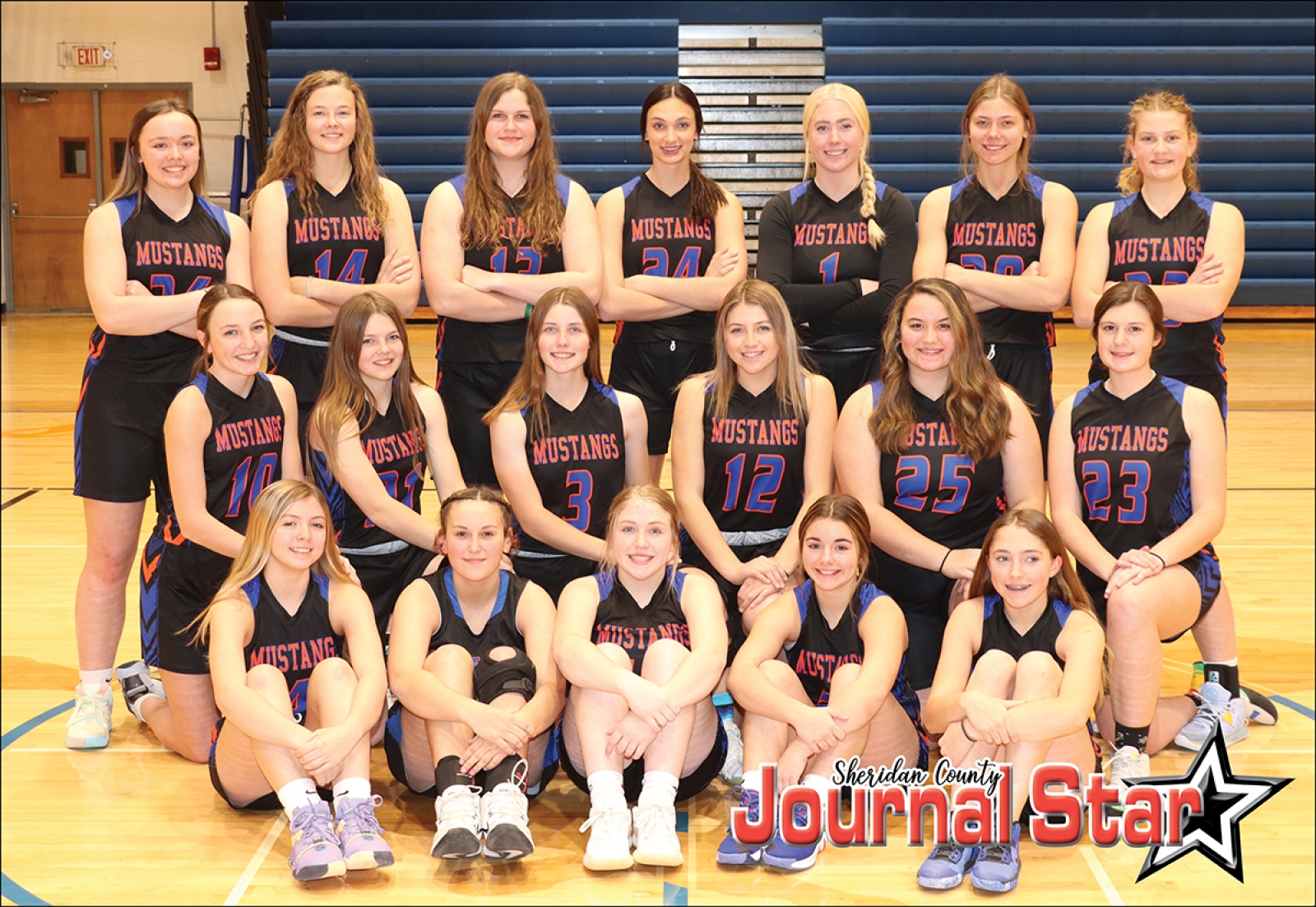 Things are going to heat up once again at Gordon-Rushville High School as the Girls basketball team is set to take the floor in 22-23.

With no seniors on last year’s roster, the Mustangs return every player, and add a few new ones as well, to their roster that posted a 19-7 record and advanced to a District Final.

“We have a tough schedule this year,” said Head Coach Randy Hurlburt.

“The Western Trails Conference (WTC) portion of the schedule will help us get ready for the postseason and beyond,” he added.

When you look up and down the stat sheet, it is not hard to find a multitude of impact players who fulfill a variety of roles.

Leading the scoring charge is junior Haley Johnson. Johnson averaged an impressive 15.9 points per game during her sophomore year, leading the team. She also led the team in steals with 105 in 21-22.

She is currently at 597 career points and with another season like the one previous, Johnson will be knocking on the door of a 1,000 point club by the end of the season.

Backing up Johnson will be senior sharpshooter Tessa Hurlburt.

Hurlburt averaged 9.7 points per game as a junior and set the single season three-pointers made record with 38.

Hurlburt will now set her focus during her senior year on the career mark of 96 which is held by Josie Perez. She needs 30 triples to overtake the top spot.

Another senior that will have an impact on this season is AJae McKimmey.

McKimmey averaged 8.1 points per game and pulled down a team high 205 rebounds.

McKimmey’s minutes may be limited to begin the season as she missed volleyball due to an injury.

But Coach Hurlburt is hopeful to have her back to full strength soon and playing her allotment of minutes in the middle.

Another senior who is ready to rock is Reaghan Shultz.

Shultz, one of the point guards for the team, averaged 3.2 points per game but picked up an impressive 97 assists her junior year.

The 97 assists was only 1 assist away from tying the single season record in GRHS history. Shultz also has amassed 168 assists in her career, putting her only 57 assists away from the career record held by Josie Perez.

Junior McKinley Grover will also return to the paint in 22-23. Grover averaged 7.1 points per game and was second in rebounds with 181.

Juniors Braylynne McKimmey and Lillee Schmidt, along with sophomore Emma Martins are also vying for larger roles this season.

A group of freshman, some of which had a huge impact on the volleyball team as well, enter the mix and could factor into some varsity minutes.

No matter how you slice it, Coach Hurlburt has some depth and talent as the team tries to take that next step.

“We should be very competitive if we stay healthy,” said Coach Hurlburt.

“We have a veteran team that should be ready to go above and beyond to reach their goals. We  hope to build upon our good run last year and have more success,” he added.