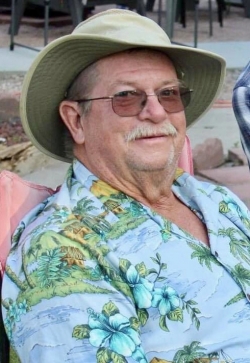 Larry Lance Bixby, 72, died July 31, 2021 in Rapid City, SD following a brief illness. Lance will long be remembered by family and friends for his good-natured sense of humor, generosity, and strong work ethic, which was equally matched by a strong sense for enjoying life and having fun with friends and family.

Lance, the oldest of 6 children, was born to Larry Lawrence and Margaret Ruth (Merrihew) Bixby on October 30, 1948 in Alliance, NE. His early years were lived on the family ranch north of Ellsworth, NE in the Nebraska Sandhills. It was there that he learned the cattle and ranching business and enjoyed time spent in many outdoor activities with family and friends. One of the memories that he mentioned most often from his early years was ice skating and pond hockey on Home Lake with family and nearby neighbors. Lance completed elementary school at Spade Ranch School District 131, a one-room rural school. In May 1966, he graduated from Gordon High School, Gordon, NE.

Following graduation, Lance and Kathie Kay Sandage were married in September 1966. They lived in Scottsbluff, NE where Lance attended business school for a brief time before being called to serve in the U.S. Army. After completing basic training in Fort Ord, CA, he was stationed for a time at Fort Eustis, VA before shipping out to Vietnam. Upon completion of his service in Vietnam, Lance was stationed at Fort Benning, GA and then served in Army reserves until 1975.

After returning home from the service, Lance went to work with his father and grandfather on the family ranch where he grew his cattle business and his family. He eventually built a home on the land that had been claimed and homesteaded by his great grandmother. Daughter Jennifer was born in 1975 and son Lindsey in 1977. Lance later married Angelica Beck and helped raise her son, Dakota. Their daughter Sierra was born in 1996.

While Lance was a hard worker and taught his children the value of a strong work ethic, he also made sure there was time for plenty of fun, too. Many weekends were spent camping, fishing and skiing with his family and friends at Lake McConaughey over the years. He also enjoyed bowling, golf and riding his motorcycle or trike. Mostly, he really just enjoyed a good visit. Whether you knew him or not, if you happened to be near him, you were going to visit with him.

In 2020, Lance and son Lindsey made the difficult decision to sell the ranch where he had lived and worked all his life. Upon making this decision, Lance set about finding a new home and getting on about the business of living and enjoying life. After living for a few months in Black Hawk, SD, Lance found a few acres with a home and barn near New Underwood, SD that “felt a little more like home”. He was enjoying his time there with his two spoiled canine companions, making new friends, reconnecting with old friends, attending the activities of Lindsey’s family and making sure there were comfortable accommodations for visits from daughters Jennifer and Sierra. Lance would tell you that his greatest accomplishments in his life were his children and his greatest loves were his grandchildren. He will be deeply missed by many.

A memorial service is being planned for later this Fall near his Sandhills home.