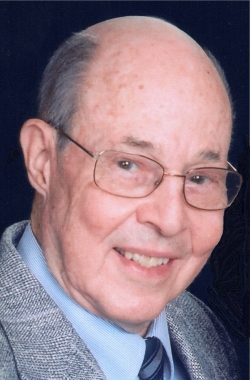 Larry lived in Cody and Woodlake, NE as well as Casper, WY, and then graduated from Gordon, NE HS in 1951. He continued his education at Chadron State College, the University of Nebraska-Lincoln, and graduated from the National Business Institute in 1961. He served in the U.S. Army and was stationed at Ft. Richardson, AK. He married his wife Patricia in 1957; they were married for 58 years until her death in 2015.

Larry started work as a drug store soda jerk, later driving a grain truck, working as a clerk, selling life insurance, bookkeeping, managing offices, and then working at the Greeley Post Office for 24 years until his retirement. He enjoyed spending time with family, playing card games and pocket billiards, attending shows in Branson, MO, traveling to Hawaii, and gardening. Larry was a member of the Greeley Wesleyan Church.

In lieu of flowers, contributions in Larry’s name may be made to Pikes Peak Hospice at www.pikespeakhospice.org.