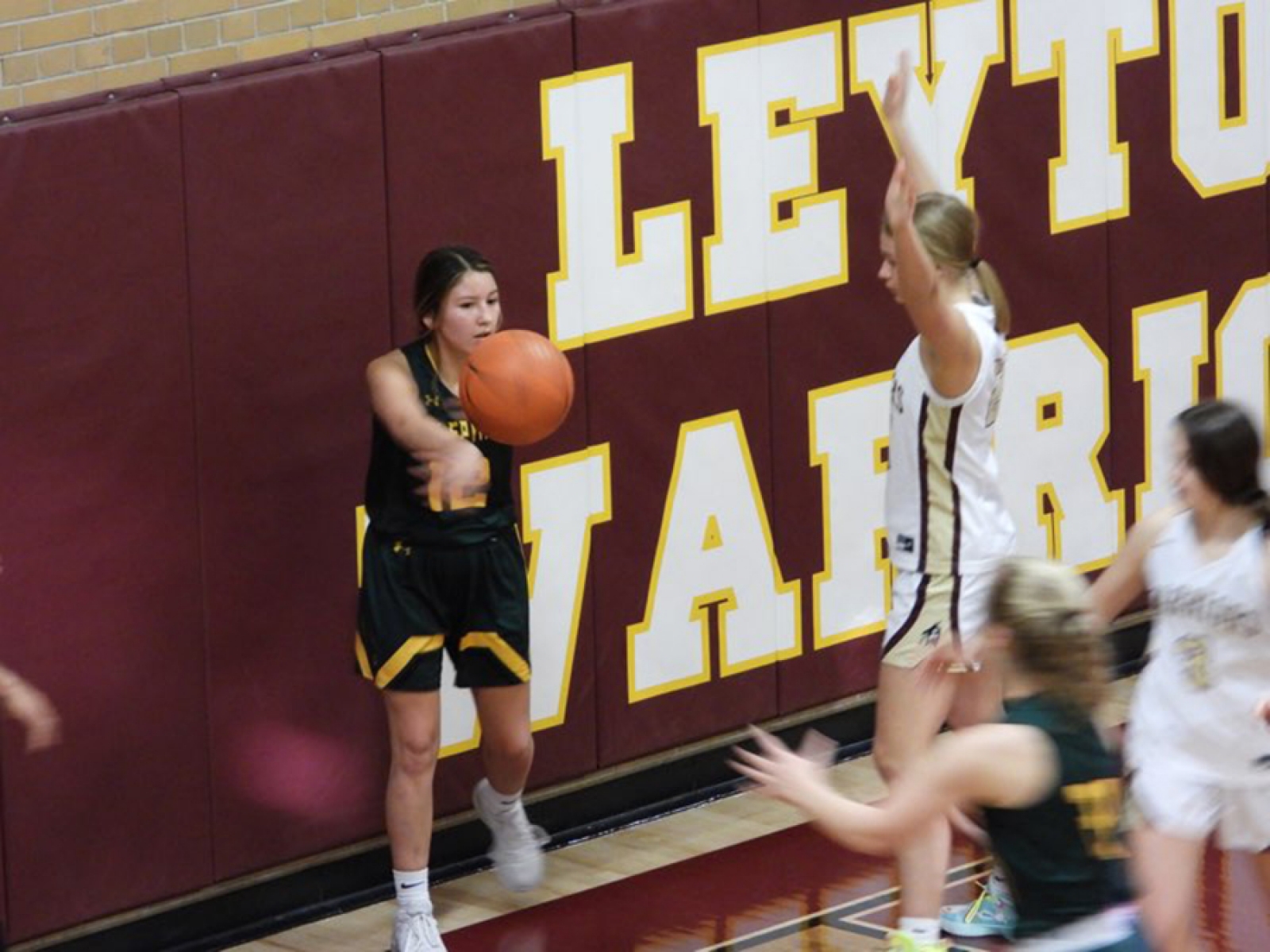 The Hay Springs Hawks had a tough week on the hardwood against Alliance and Leyton.

The Hawks first traveled to Alliance on Thursday, January 6 to face off with the Class B Bulldogs.

Alliance controlled this one from beginning to end, stifling the Hawks offense en route to the 67-16 win.

Senior Sadie Hanks led the scoring with 5 points and junior Emily Nelson pulled down 8 rebounds in the loss.

The Hawks looked to bounce back on Saturday, January 8 with a road game against the Leyton Warriors.

This game was much closer than the previous contest and the Hawks fought back hard in the second half before falling by the final score of 50-41.

Junior Samantha Toof had a huge night for the Hawks. Toof drained five three-pointers en route to her team high 21 points. Toof also had 8 rebounds in the game.

Senior Jazzy Smith tallied down a team high 12 rebounds in the loss.

With the pair of defeats, the Hawks record dropped to 4-6 on the season.

They will have another pair of games this upcoming week.

The first being a road match-up with their neighbors in Sheridan County, the Gordon-Rushville Mustangs.

The Hay Springs - G-R game is set for Tuesday, January 11.

On Saturday, January 15 the Hawks will welcome in the Coyotes from Potter-Dix to round out their week.